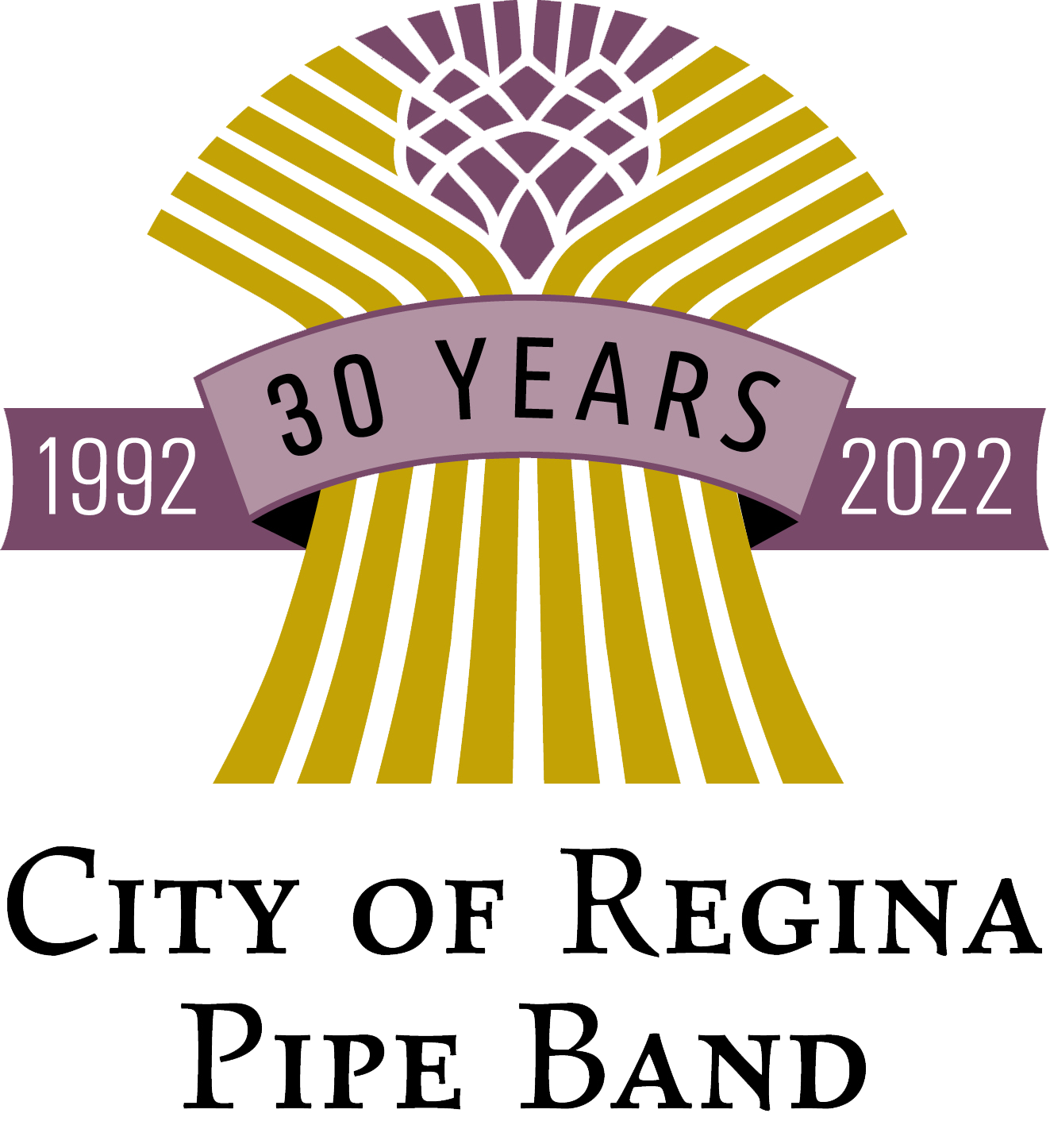 Continuous Growth and Development Since 1992

A group of pipe band musicians met in September 1992 with the intention of forming a new band. The formation of a new pipe band in Regina was viewed by the original members as a fresh start: a new group, a new name, and an atmosphere conducive to building a strong musical group. The band decided to call itself "The City of Regina Pipe Band" in December 1992, and the band was legally incorporated as such in January 1993. The name reflects the band members' pride in the city, and is a tribute to the many early settlers of Scottish origin.

Since 1992 the band has grown steadily, and the members have built an organization with a positive, progressive attitude. All band members see themselves as learners - the band's musical and organizational progress depend on the ability of its members to be open to learning, and to encourage that attitude in others.

Over the past years the City of Regina Pipe Band has quadrupled in size; it has purchased uniforms and instruments; it has worked to improve piping and drumming and encourage excellence in youth through teaching, event organization, and the formation of a grade 4 pipe band; and it has travelled and competed successfully throughout Canada.

The band's early success and achievement were recognized by the Royal Canadian Legion, Regina Branch No. 001. The Legion proposed an affiliation with the band in November 1993, and since January 1994 the City of Regina Pipe Band has been the official pipe band of the Regina Branch, RCL. 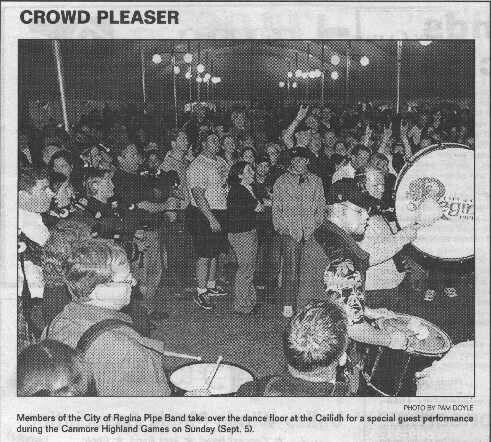 The band has worked hard to acquire uniforms and instruments, and in fall 1994 was outfitted in Modern MacTavish tartan kilts.

The City of Regina Pipe Band, Grade 2, is unquestionably the best pipe band in Saskatchewan, and for a number of years was the only actively competing Grade 2 band between Vancouver and Ontario! The band has won numerous prizes over the years, and gradually expanded its range of travel.

Started by Iain MacDonald and former P/Sgt. Trewin Somers, the band has grown and developed over the years, and it is now a recognized force in Grade 2 contests all across the country. The Grade 2 drum corps is led by Will Currams, and the P/Sgt. is Barbara MacDonald. See our members page for a complete list of current members.

The Grade 2 band, against great odds, has competed successfully against many of North America's best Grade 2 bands. The band has performed to sold-out shows in Regina at our own Celtic Festival, and in our summer concert series "One Scottish Evening" was a huge community success, and was re-broadcast many times on Regina's Access Cable TV. In 2001, the band organzed "One Scottish Evening" concerts in Moose Jaw, Regina, and Saskatoon, and recorded a CD which initially sold out, and is now available in a re-print edition from the pipe band.

The band has back-to-back trips to Scotland in 2005 and 2006 that saw us compete successfully at some smaller contests, and perform at Piping Live!, The Glasgow International Festival of Piping. Following these trips, the band lost a large number of people and had to essentially start over. After not competing in 2007, and spending 2008 learning enough music to compete in the summer, the band steadily progressed throughout 2009, and re-established itself as a competitive force in Grade 2 contests.

In 2010, the band again returned to Scotland, performing in the Glasgow Internatiuonal Piping Festival, the "Pipes of Peace" Festival and concert, the World Pipe Band Championships, and several smaller Highland games, including the Perth Highland Games, at which it was the winner of the Grade 2 band event, and also winner of the "Provost's Cup" for the Best Band on Parade.

The band returned to Maxville in 2011, and then to Scotland in 2012, where we again performed at "Piping Live!" and also at the World Pipe Band Championships. Perhaps the band's best-known performance was playing "Mull of Kintyre" with Sir Paul McCartney and his band in front of over 40,000 fans at Mosaic Stadium in Regina! What a great experience for the band, and the city.

The City of Regina Pipe Band has from its inception distinguished itself in a variety of ways. The key concept for this growth and development has been the "attitude" of the players. Band members have proudly worn the "Attitude" lapel pin since 1994. This signifies that each band member understands that to create a winning band, band members must adopt a winning attitude. The winning attitude is exemplified by a positive approach to musical and personal challenges, a strong desire to excel, and the understanding that we all give something up to make the band work.